Frank Calabro Jr. Gets A Cease and Desist Order and SEARCH WARRANT EXECUTED

The State of North Carolina has served Frank Calabro Jr. with a Cease and Desist Order.
It's lovely to see the Authorities going after individuals who make a living out of recruiting people into these Ponzi Scams. Let's hope many more follow. 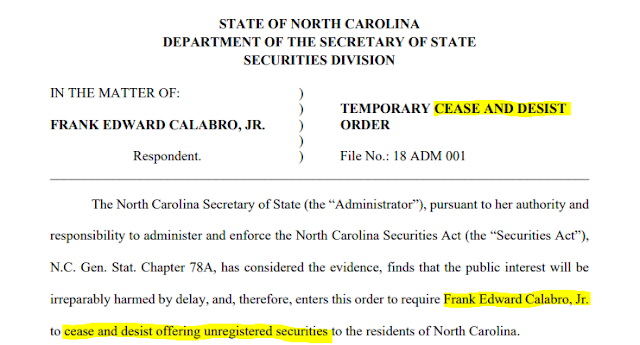 These are just a few of the Ponzi Scams he's been promoting: 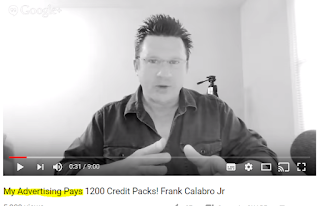 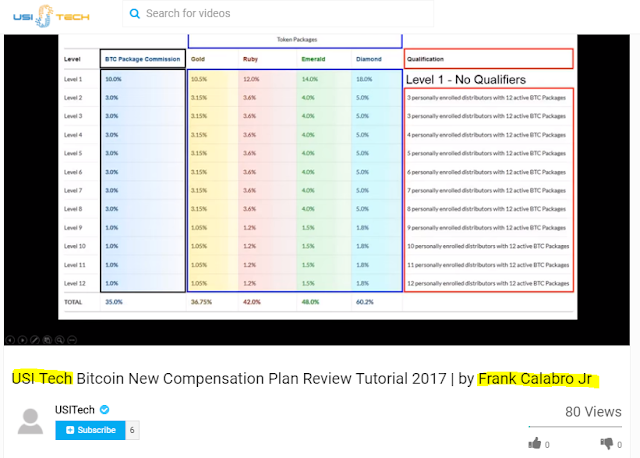 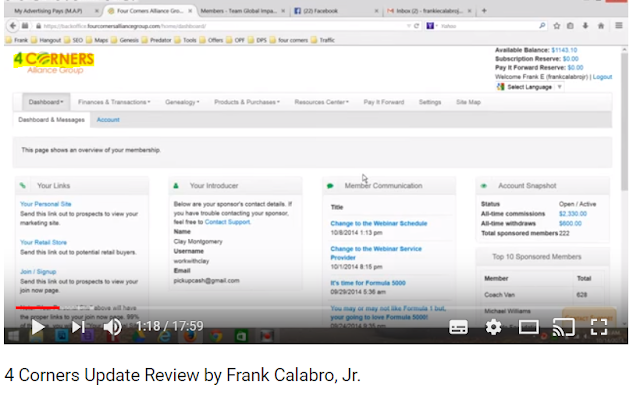 Frank has a Three Step Formula to success. The Power Lead System. 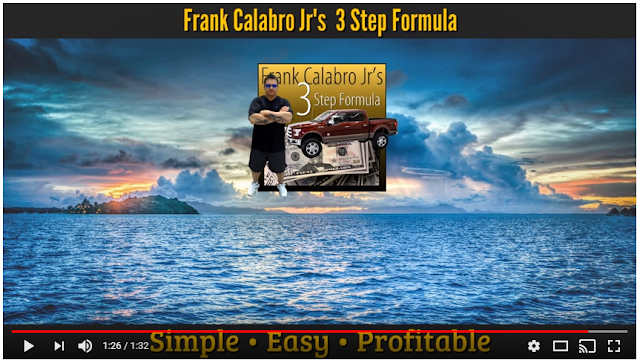 In this video he explains how he gets so many leads, and what techniques he uses to get people to give him their email addresses, so he can 'print money'.


13th March 2018
A search warrant was executed at Franks house on March 8th and numerous contents were seized including
Gold and Silver bars and $50,000 in cash: 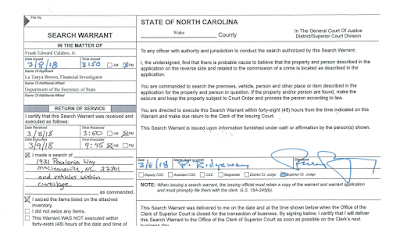 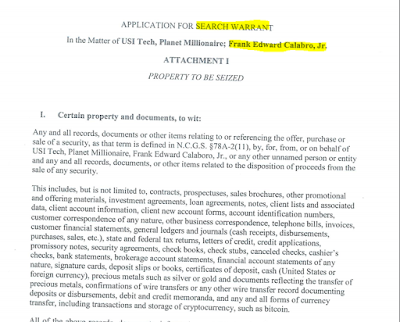 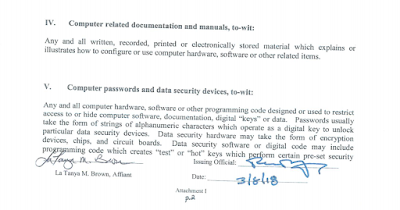 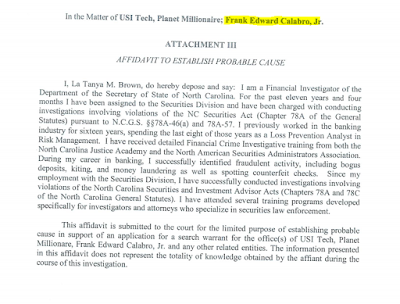 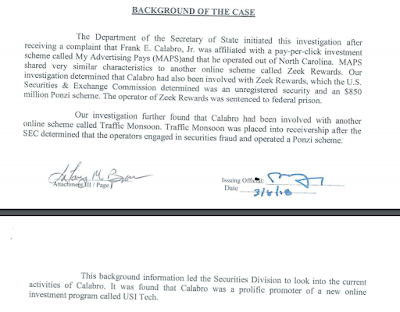 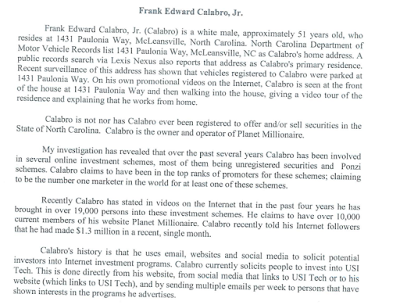 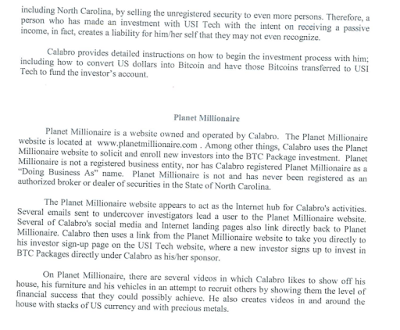 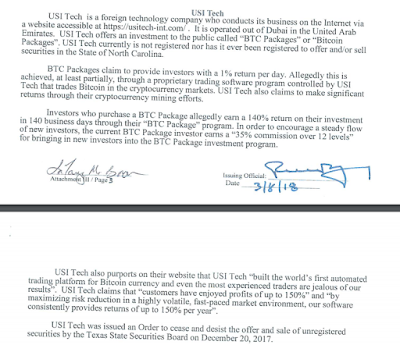 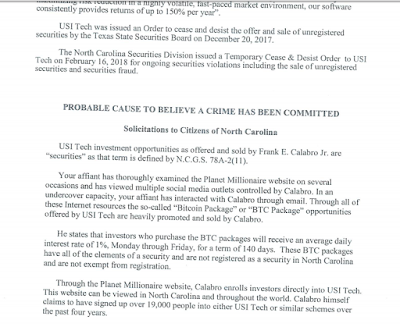 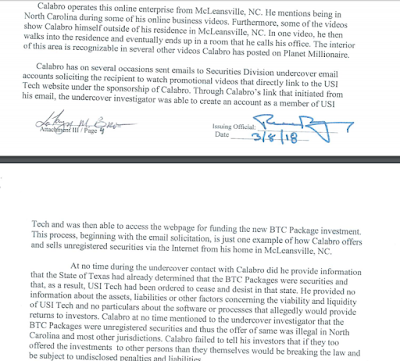 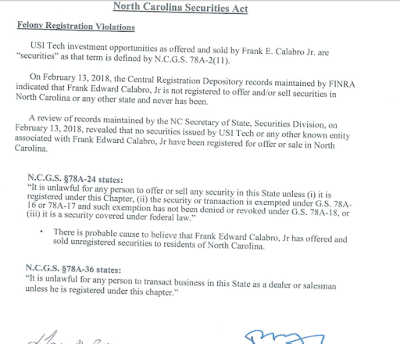 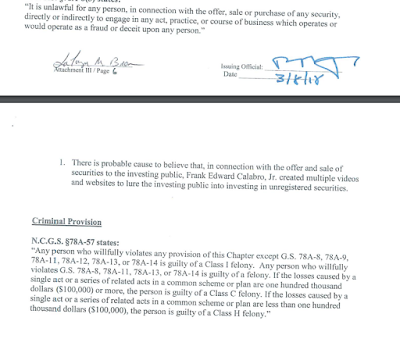 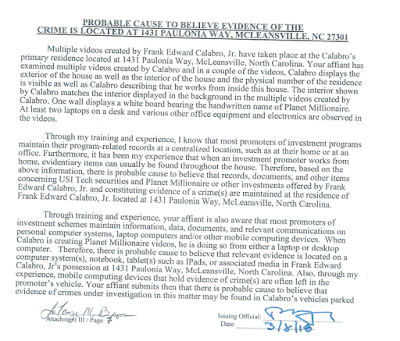 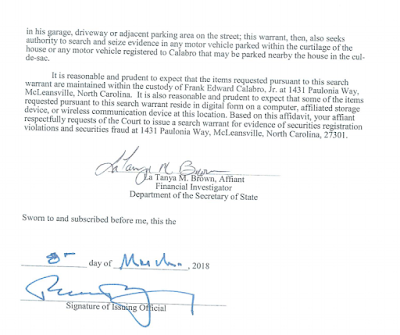 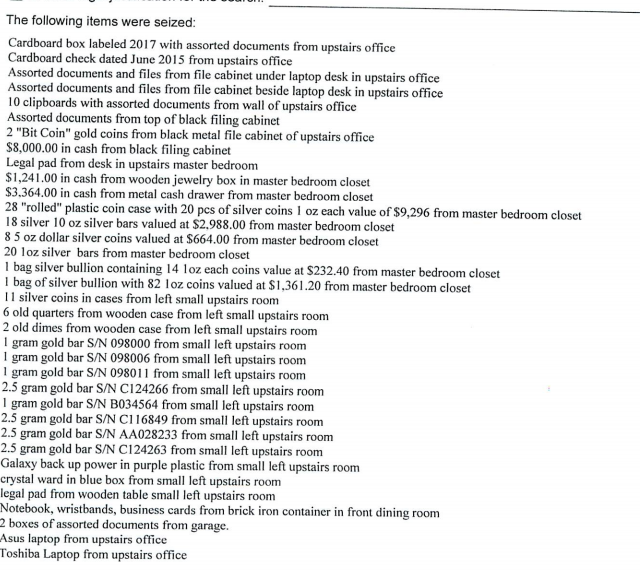 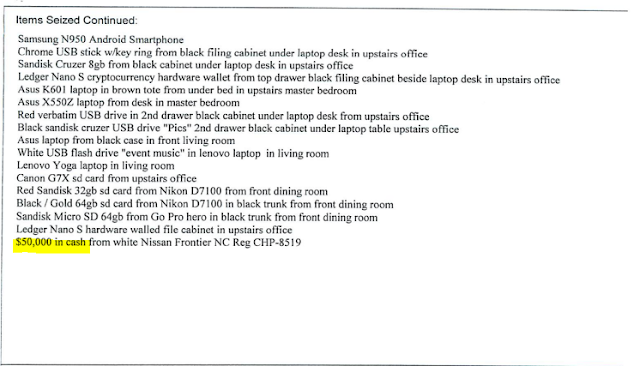 16th March 2018
The Cease and Desist is an 'Administrative Law' ( like a Civil Law) from a regulatory authority. In North Carolina the Department of the Secretary of State has Special Agents with law enforcement authority who conduct the Criminal investigations. So ,there's an administrative investigation and a criminal investigation. They run "parallel" to each other but are, in fact, separate and apart.
All funds that are recovered in the Securities Fraud Investigation are usually returned to investors (if found that they suffered a loss) and are returned through a Receiver appointed by  a Judge. The Government will not profit from any assets seized.
So, if YOU'VE lost money through Frank, watch this space, you MAY be liable for a return of funds from any one of the scams he promoted.

This story is moving really quickly so watch this space
for further updates!

The State of North Carolina has also stopped another PONZI in it's tracks -
'POWER MINING POOL'
and has issued a Cease and Desist Order order as well.
Those guys have been REAL busy! Go, go North Carolina!