Tony and Lynne Booth met Mike Deese in 2012.
Tony used to have an online blog (now unavailable) in which he tells the full story of how they met:

'My wife and I first heard of Mike Deese back in 2012 when we started to look into the online world of advertising for our window installation company. We fully expected to find many online companies and network marketers ready to SCAM us and take our money.
Mike was at this time an expert internet marketer making a living online. He was an excellent unbiased network blogger offering genuine good advice of how to get the most from this new online world where you are more likely to find SCAMS first.
He never asked us as his followers to join a program he was involved in but was more than helpful in offering sound advice without charge. We soon began to trust him and his views and indeed joined a couple of programs he recommended but not under him at this timenasnwe wanted to see if this guy was for real.
Sure enough we found the advice to be good and started to make our first money online. Mike still althrough not earning any commissions from our efforts would still continue to offer his helpful advice and gain more of our trust.
We built on online relationship with him over the coming year until early 2013 when Mike called Lynne and announced that he would no longer be offering any more advice on internet programs no matter how good they looked and even if they passed his strict acid test.
He felt that the industry was failing him too much as so many companies were falling away and he did not want to be the person advising anyone to join any of these unstable opportunities. Mike did not want to put his name to a company and someone puts there last $50 only to find it gone three months later.
Lynne asked him what he would do instead his reply " I cannot and will not recommend another online company unless it is my own.  The only way I can trust and recommend another online company is to build my own."
He then disappeared from the market place for three months to do exactly this in March 2013.
June 2013 Mike Deese put out a call to action for his followers of which Lynne was one of the respondents. As a consequence of these email communications we arranged a meeting with him via Skype. This four hour meeting was to prove an incredible change of direction for Lynne and myself as he unfolded his idea of My Advertising Pays. We developed our business relationship and soon after fantastic friendship with him.
This is the sole reason My Advertising Pays was born, out of Mike's frustration of all the failed mismanaged and out and out SCAM companies.' 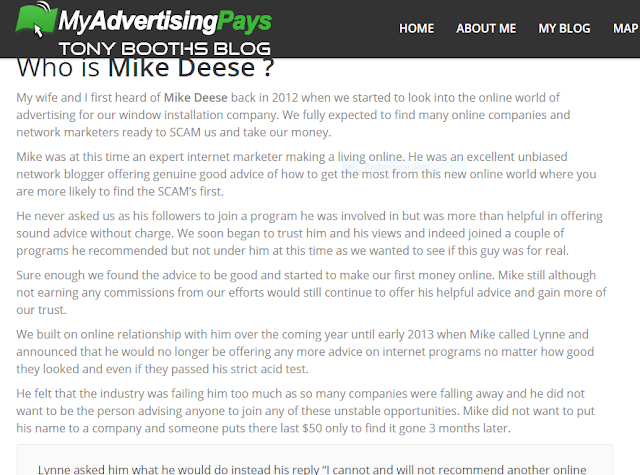 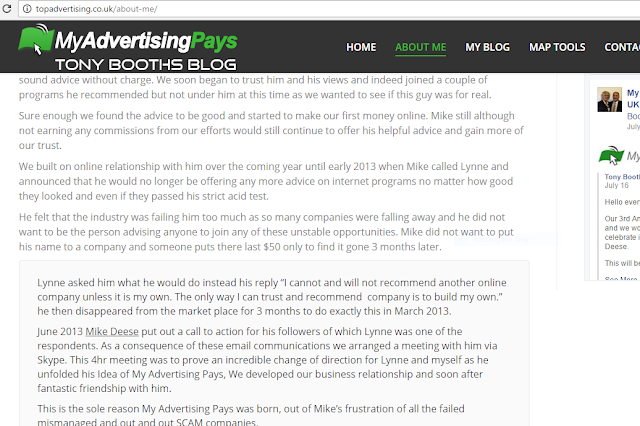 By Tonys own admission, both he and Lynne developed My Advertising Pays together with Mike. Mike even recognises their contributions in a video from the One Year Anniversary Event in London on December 13th 2014: 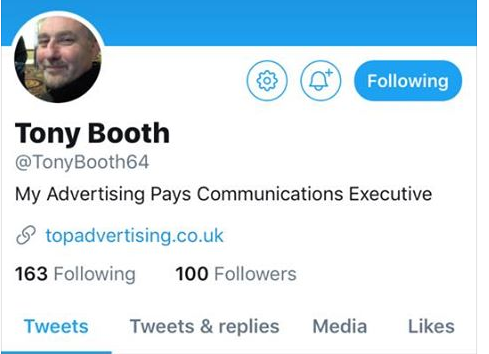 Lynnes Official Title at My Advertising Pays is Executive Secretary 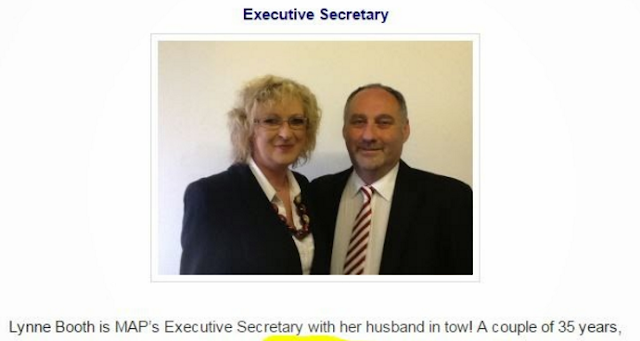 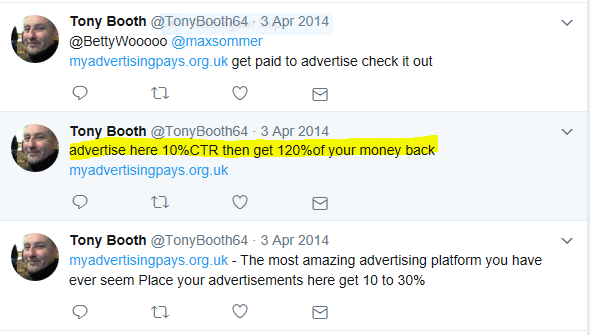 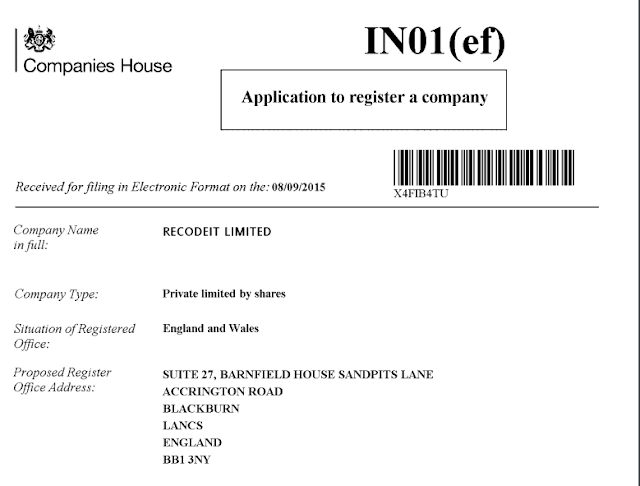 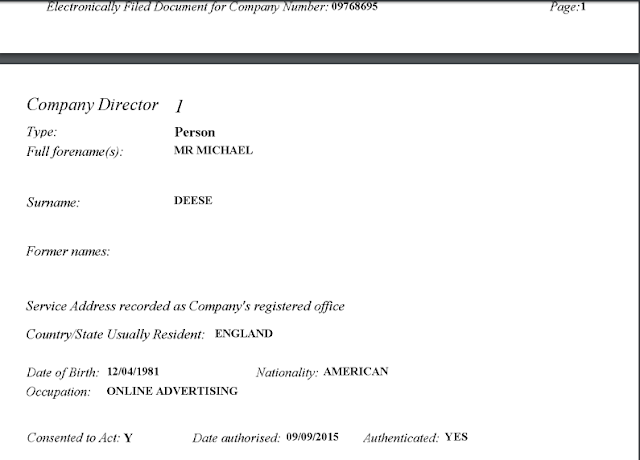 On 27th October 2015, he appointed Tony and Lynne Booth
as Directors and terminated his own Directorship. 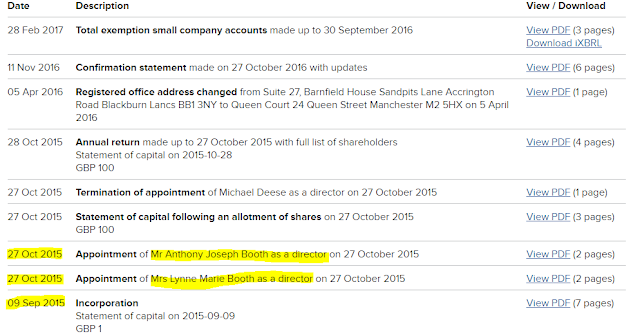 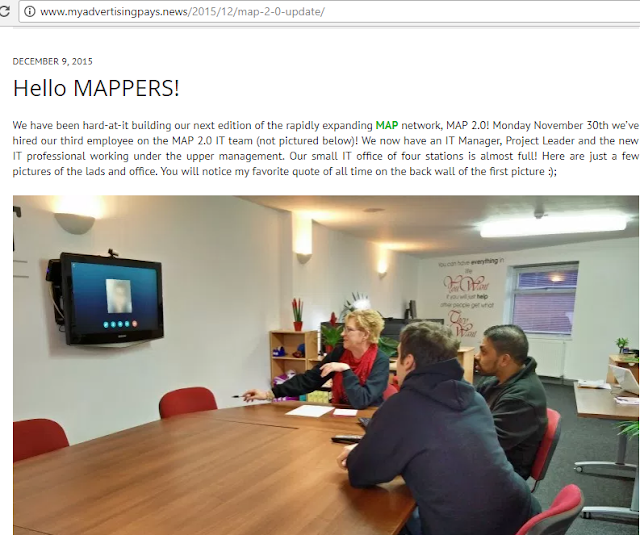 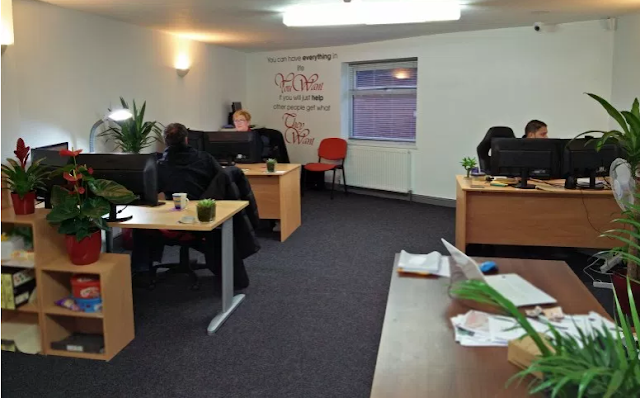 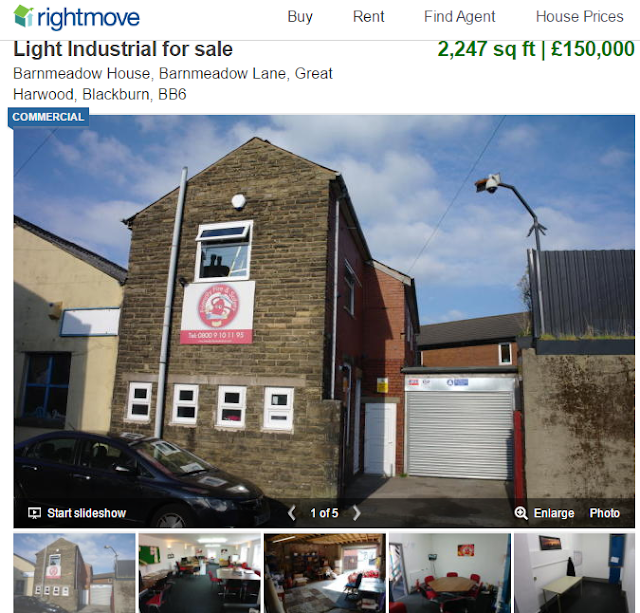 
As of July 23rd 2017, 'My Advertising Pays' is still registered at Companies House as an Active company.

As of July 23rd 2017, 'RECODEIT' is still registered at Companies House as an Active company. 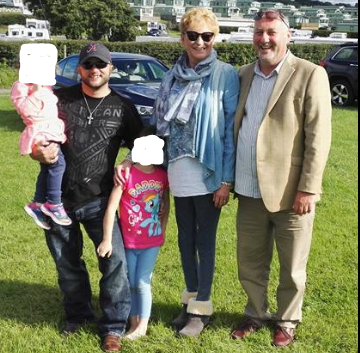